The red nose pit bull is not a rare breed or anything of the sort. They are pit bulls all the same with a different pigment in their nose that many people are attracted to.

The types of pit bull breeds really depends on who you ask mainly, the AKC and the UKC. Both clubs recognize the Staffordshire Bull Terrier as a breed of pit bull.

The Bull Terrier is not considered to be part of the pit bull bloodline.

The history of the red nose pit dates back just less than two centuries ago. Dog Fighting was all the range in Ireland and dogs that could fight well were worth a small fortune in stud fees and much of the breeding took place within very small gene pools.

The strain of dogs which was bred to fight was known as ‘Old Family Dogs’, and due to selective breeding they managed to retain a fairly red color due to this repeat breeding. They were called “Old Family Red Nose” or “OFRN.”

After a number of years through this selective breeding the dog remained red throughout, this includes their toenails.

The Red Pit Bull ‘Bloodline’ was virtually eradicated when any red nose pit bull was banned from being registered as an American Staffordshire Terrier. This is because the American Kennel Club did not agree with dog fighting, and the red nose had been synonymous with this for a number of years.

You should remember that the goal of the original breeders wasn’t to create a red dog, it was simply to create a dog that was a fantastic fighter, and the red was merely a side effect of this breeding program.

Nowadays it is very rare to find red nose pit bulls that have descended from the original ‘Old Family’ line, although many breeders do claim that they are working with them.

This has meant that the gene pool has become slightly wider. Thus, you are not going to be subject to the genetic deformities which held the dogs back in the past due to their selective breeding i.e. skin complaints and temperament issues.

It is also worth remembering that since most red nose pit bulls are far removed from the original fighting line, they don’t have the same temperament which made them great fighting dogs.

This should lessen concerns about the aggressiveness of a pit bull red nose that many people claim that they do possess. In fact, most of these types of pit bull breeds are fairly ‘docile’ animals. Training a red pit bull is not any different from training a brown pit, blue etc. We have written about this on our dog training page.

You can also find there a free online dog training mini-course as well as a free ebook on dog training. Both available for immediate download. A great place to start if you have never trained a dog before.

Pit bull colors will vary. The only real difference between a red pit and a blue nose pit is the color. This goes for other colors you may see in the pit bull dog breed.

They are not any more aggressive or better attack dogs than any other dog bred for that nature. Just as humans have different pigments to differentiate themselves, our pit bull friends do also.

The pit bull breed is a mixed breed to begin with. Variations in colors shouldn’t be confused with a pit bull mix which had been bred with an entirely different dog breed.

Skin allergies as well as seasonal allergies in dogs are very common in the pit bull breed. It seems as if many complaints regarding skin allergies are from blue nose owners.

It’s important to feed your pit bull the best quality dog food you can afford, regardless of the color of pit bull. Keep his skin and coat clean, moisturized and free of bugs and ticks. Brush his coat often. A proper diet and moisturization are both vital in keeping their skin and coat shiny and healthy.

A healthy coat will help protect against dog rashes and skin irritations from their day to day activities. This can also help to minimize your dog’s irritated skin due to a seasonal allergy outbreak.

Here’s a great photo montage of a red nose pit bull puppy. If you are thinking about getting one, you can easily fall in love when you see how adorable they are.  There are pics from when she is a puppy to adulthood.

I thought she was the cutest thing. Then when she was older, her owner decided to have her ears cropped. It changes the whole look of the dog. We think she looks more intimidating. You decide.

If you want to crop your dog’s ears, you should know it’s painful and uncomfortable for them. Do some extensive research prior to making a decision. 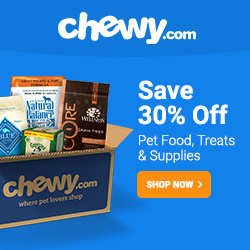 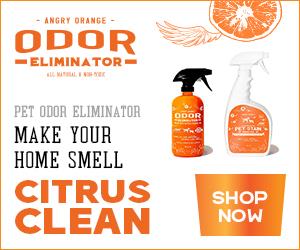